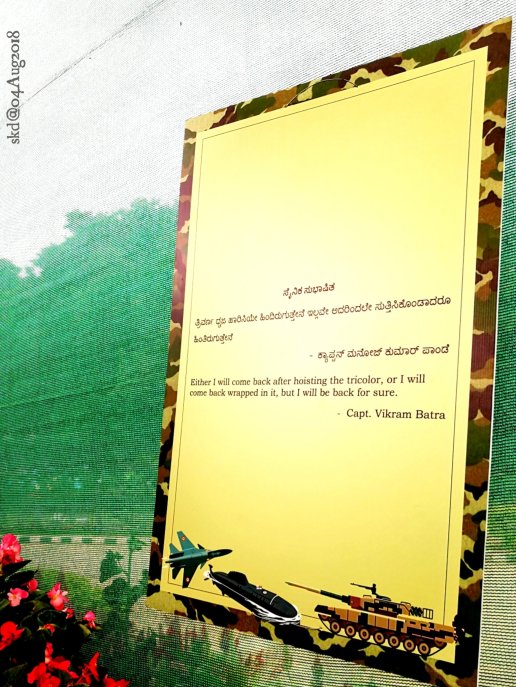 He walked fast. He could not find anything interesting. He just wanted to get out! He just rushed.

“Papa, did you read the quote of Captain Vikram Batra?” Elder son anxiously asked him.

“What is so special about it?” He asked his son.

“It moved me, Papa!” His son looked serious and pointed to a poster.

His son’s face pushed him to read it!

“Either I will come back after hoisting the tricolor, or

I will come back wrapped in it,

but I will be back for sure.”

He looked at his son. His face was still illuminating!! 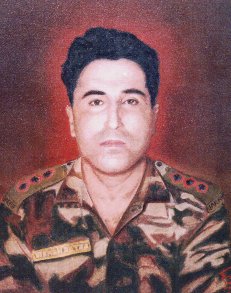 Captain Vikram Batra, PVC (9 September 1974 – 7 July 1999) was an officer of the Indian Army, posthumously awarded with the Param Vir Chakra, India’s highest and most prestigious award for valour, for his actions during the 1999 Kargil War in Kashmir between India and Pakistan. He led one of the toughest operations in mountain warfare in Indian history. He was often referred to as ‘’Sher Shah’’ (“Lion King”) in the intercepted messages of the Pakistan Army.

This story note is derived based on our visit to Lalbagh Botanical Garden for Flower Show 2018.

Please visit Lalbagh Botanical Garden for “208th Lalbagh Flower show ” during August 4th to August 15. This year, flower show is dedicated to Indian armed forces. The theme for this year is  ‘Sevege Guvravarpane’ (showcase the freedom fighters), & has been chosen to inculcate patriotism and inspire children. (News)